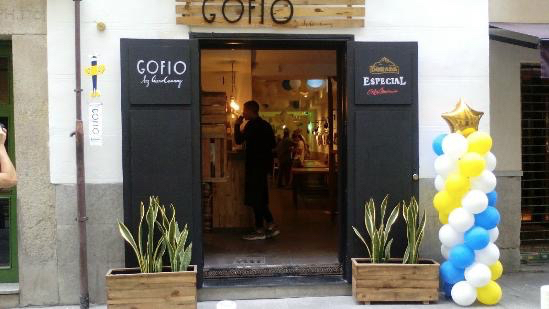 Yeah. I’ve sold out. I ain’t keepin’ it real no more
This is definitely not an old skool menu del dia restaurant. Quite the opposite. It’s like a restaurant from The Trip. There’s dishes that come with foam, there’s dishes that get injected in front of you, you get instructions with each course. and there are eight courses of tiny but delicious weird dishes.
We felt like we should be constantly doing impressions. But I find that gets a bit wearing when professional impressionists do it, so the fifth time a scrote like me says “No, Mister Bond, I expect you to die!” you’re actually wishing you could die. “What do you mean Flash Gordon approaching?”…impressions are even worse when you have to say who you are trying to be…”What’s that supposed to mean, Scott?” (Guy Pearce in Neighbours) 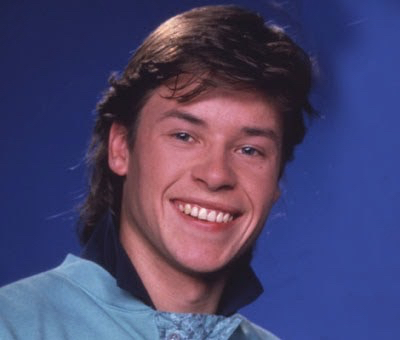 So, this restaurant is in Huertas (or if you prefer..Lavapies Alta Norte) and it ain’t cheap. But i’m assured by my brother that for this sort of high class food in the UK you’d be paying an arm and a leg for this sort of an experience. And as everybody there is on zero hour contracts, you’ll need those arms and legs…even though you’d still be considered fit for work and sent back to poundland without them. 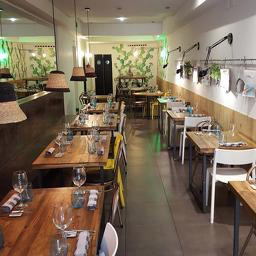 this is going to be hard to write about as there were 8 courses and wasnt completly sure what any of them were…mainly when the male waiters brought them over and insisted on telling us about the dish in very difficult to understand English. The female waiters were quite happy to explain the dishes in their native tongue, which made them much easier to understand. I wasnt too worried about what the male weighters were rabbiting on about as they had checked for alergies beforehand (and i’m deathly alergic to all nuts and all dirty bombs. and killer sharks. and i can’t breath in space. not allergic but i dont like beer over 6 per cent. think i got everything covered there)
Basically you have 3 options…they are all tasting menus…menus degustation. you can have short menu of 6 plates/courses, 8 plates/courses or ten. we went for the middle one. 35euro. Bottle of white wine from Lanzarote first course…now this is easy….chicken soup. I’m sure they’d done something else to it than just chicken soup. Was delicious. “We took a chicken and made it fight a bear. an angry bear like in that film with Leonard Di Capprio. Then we got the chicken to appear on celebrity big brother and get off with an ex-wag and come at least third. Then, and only then, did we turn him into soup. Enjoy!” next course/plate was a scallop with a foam of something delicious…in a sauce of delicious. next plate/course was a pie of something, goat maybe. and injected with rabbit salmorejo…which is not salmorejo you know, there’s not tomato in it. there was something about the green veg it was served on and we were warned that we would be shown the door if we didnt eat the greens. fair enough 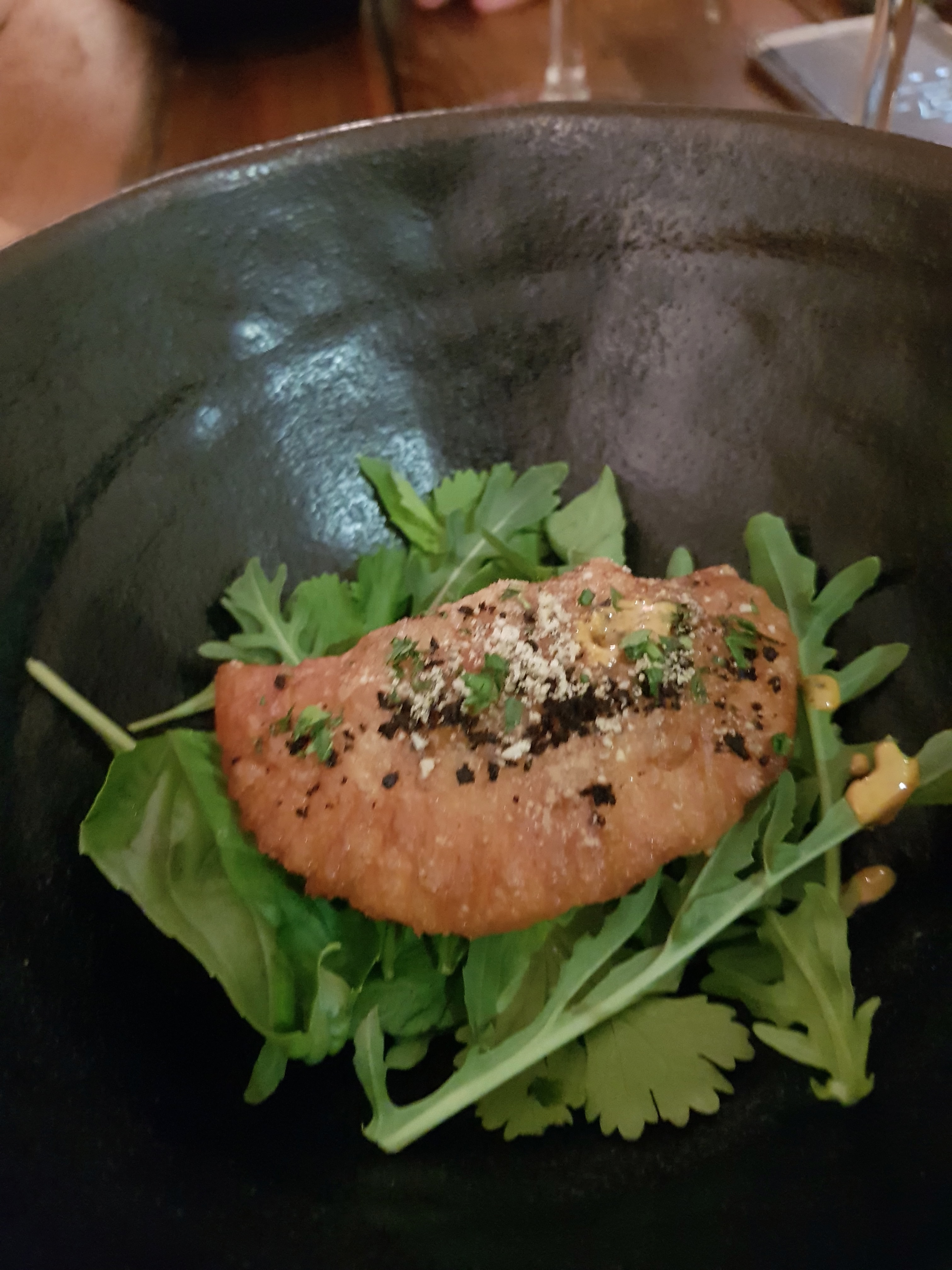 really not sure what the next thing was. Was maybe pork inside a damson style thing. with a sauce made of super concentrated baby squid absolutely no idea. was nice though. the crispy thing on top was made from corn. i think. oh the wee gobs of sauce were made from avacado 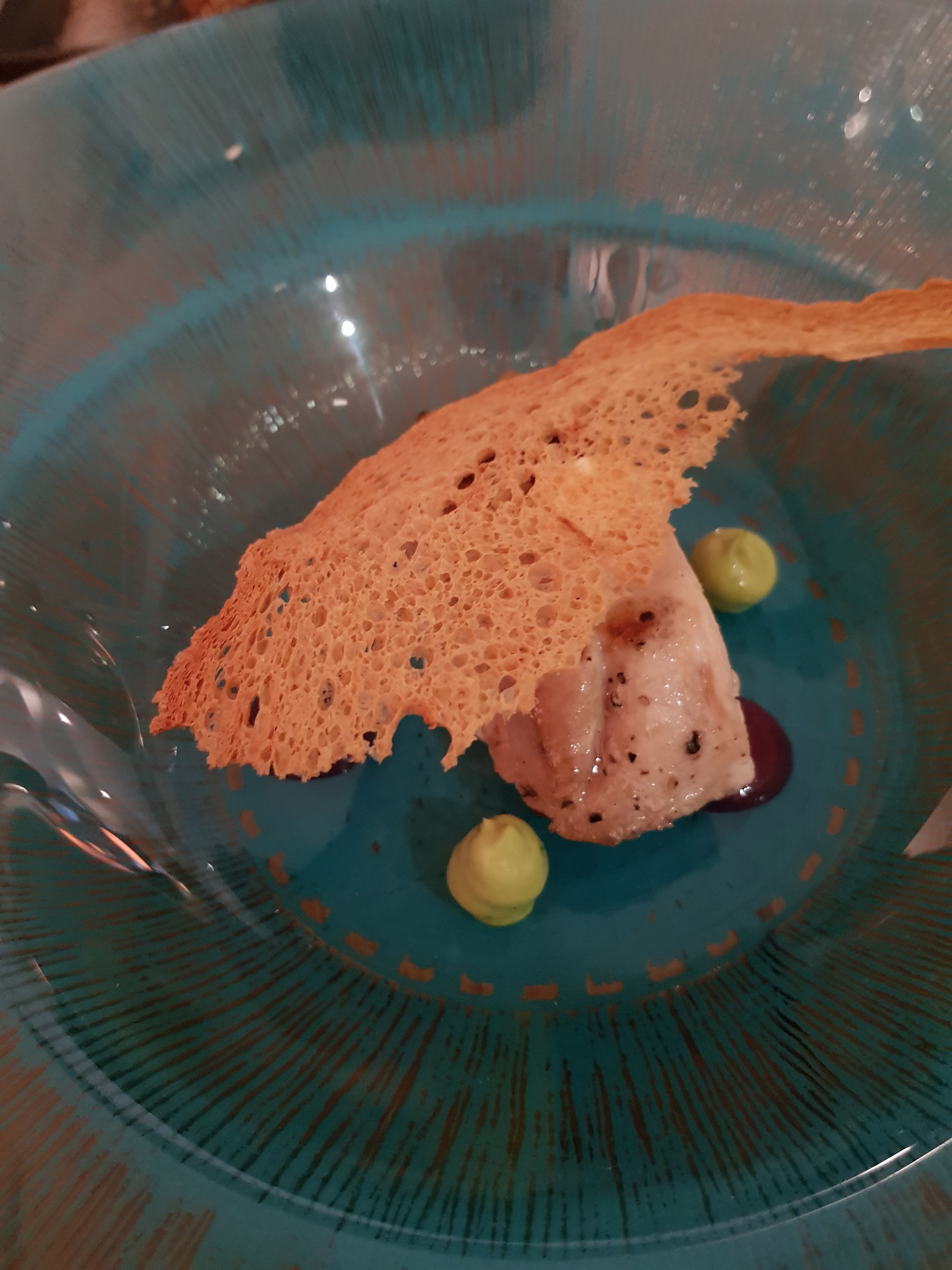 Octopus. with a sauce. very delicious. this was the last “salad” course….he meant “savoury”. think it was goat stew with something on top and a slice of strong sheep’s cheese to the side pudding two. mine was different to my partner’s. mine was sort of chocolaty. thing the other one had evil nuts in it all in all, i cant see myself eating there regularly. 115euro for 8 courses for two people and two bottles of lanzarote wine (very nice by the way…sort of smokey and dry) but was definitely a positive experience which i highly recommend. just dont make sure you dont sit next to a pair of dicks doing crap impressions