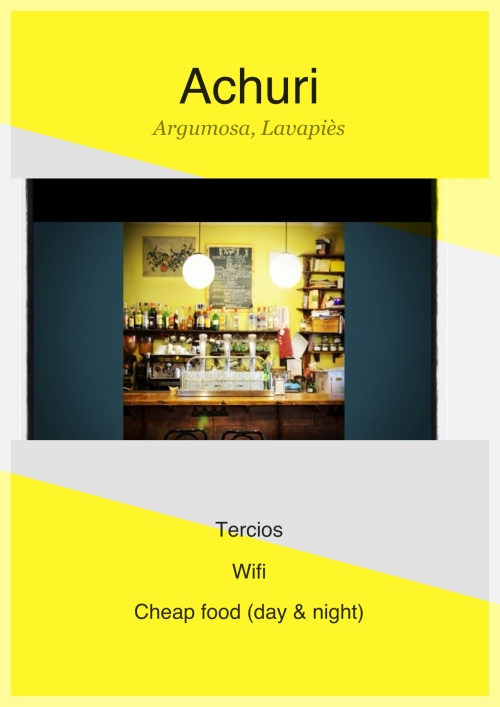 I’ve been coming to this bar for years. I always refer to it as the communist bar…of course that’s not in the least bit pejorative coming from me..quite the reverse. I called it that because you can read diagonal here..which is about the most leftist newspaper we have in Spain…although it’s only printed weekly..and the posters decorating the bar express good left-wing sympathies. Truth be told, it’s a bit perroflauta (crusty/bongobonghi/dancingfool)…but don’t let that put you off…staff are friendly enough..tercios are cold and the food is good and cheap. Free tapas with your drink are a bit on the stingy side though..almost always olives or crisps or the dreaded bowl of peanuts

That’s not the full menu…and they do do a menu del dia during the day.

What i’ve had here: 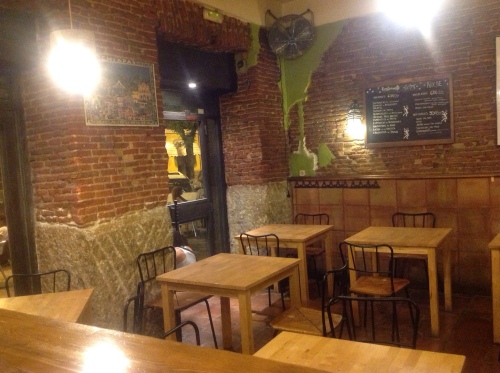 It’s only 10pm on a friday night..that’s why the eating section is empty. Actually, i think the only people inside the bar at the moment are me, the waiters and a handful of people who are hoping that some people who have tables out on the terraza leave soon…it’s september and still balmy.